After receiving some feedback this morning regarding the floor plan for the rest of the house, I wanted to post the plans for each of the four levels of the house, so that you can see how each lays out.

The basement, level 1, will not change much, with the exception of wiring up the basement living area for media and sound capabilities, and reworking the laundry room and the bathroom. We are not big fans of television and so instead of putting the AV up in the main living area, we are going to use the living area in the basement. Additionally, it is easier to black out the basement living area due to the fewer windows down there, so it will lend itself to a better media room install. Acoustics are tighter down there too. I have always wanted to install tactile sound transducers (clarksynthesis.com) in a couch, so that I have a ‘rumble couch’ when watching a movie. When dinosaurs walk, I want to feel it. That project will happen later on…

For the main living (level 2), we are going with as open a plan as we can to allow for great flow. We are going with a kind of a mineral/rustic/modern aesthetic, utilizing old beams, sliding barn doors, and minerals (like drawer and cabinet pulls fabricated out of turquoise and minerals found in Colorado). I will throw up an inspiration post soon that shows the direction we are heading. The kids and guest bedrooms (level 3) will remain the same, but we may punch in some can lights. This level is in good shape already (my budget breathes a sigh of relief…) and will get fresh paint, and the two front bedrooms will get larger windows to catch more of the view of the park. Oh, and the bathroom will be overhauled. Click below for a larger image.

The master (level 4) is shown below, and is pretty simple. We have a neat Morroccan tile in the shower we found on Overstock.com for like $7 a foot which we are excited about. Also we found a great deal on cool kitchen sink faucets on ebay.com which we are going to use for the master bathroom vanity. More to come on inspiration and design stuff later on.Click below for a larger image. 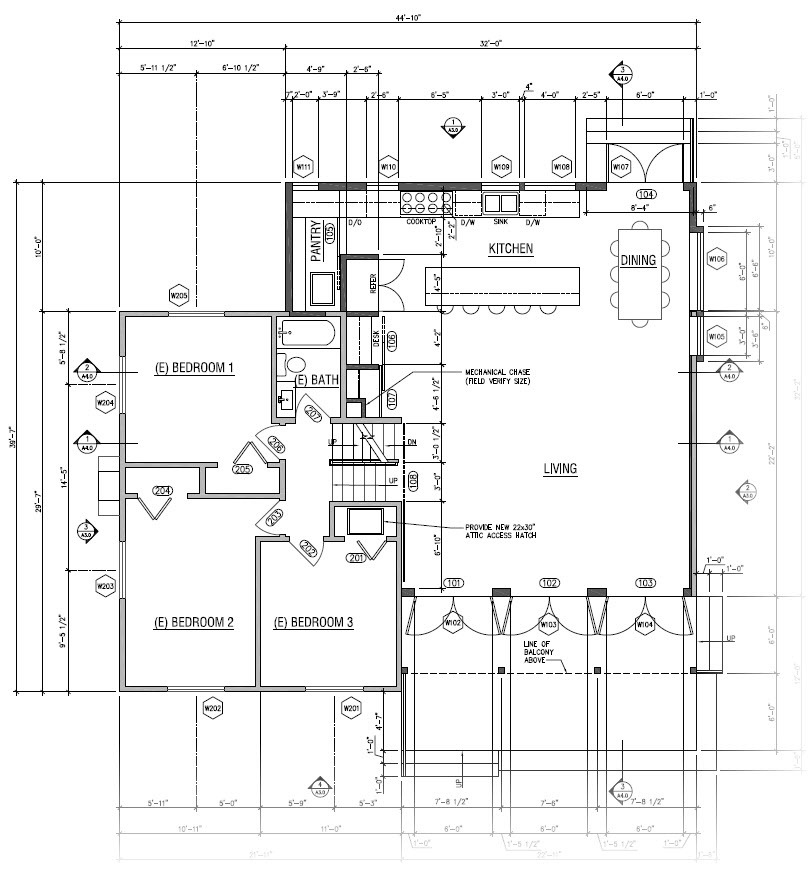 View all posts by ROB